On November 13, a single Chinese ship bound for Africa left the newly-operational port of Gwadar in Balochistan, Pakistan. Pakistan’s Prime Minister Nawaz Sharif, presiding over the inauguration of the facility, described the event as a “watershed” moment. It was the final leg of a journey that started several weeks earlier, when a convoy of Chinese trucks carrying the goods crossed the border into Gilgit-Balistan, 2600 kilometers north. Prime Minister Sharif gave assurances that the China-Pakistan Economic Corridor (CPEC), of which Gwadar is the crown jewel, would materialize on schedule.

Progress to date has not come easily, and failure could come with a high cost. A much-hyped piece of China's “One Belt, One Road,” CPEC predates its parent initiative by several years, has a total projected cost of around $51 billion, and is comprised of several efforts spanning decades, sectors, and states of completion. In October, the International Monetary Fund noted that while CPEC has the possibility to provide a boost to Pakistan's economic potential, outflows from Chinese investors repatriating profits are a medium-term threat to Pakistan's economic stability.

CPEC’s current state and ultimate outcome may have a parallel outside the infrastructure space. In the computer industry, vaporware is a term used to describe a product or piece of software that is announced but never completed. This occurs for a number of reasons, as projects miss deadlines, run into dead ends, become trapped in “development limbo,” or are canceled outright. It can also be a temporary state, as was the case with 3G wireless and Apple’s OS X operating system. Both projects carried the mark of vaporware for years until they were eventually completed.

Will the China-Pakistan Economic Corridor as it was envisioned ever exist, and if not, what factors might be driving it to vaporware status? While many factors are involved, the most important issue is ownership. At present, there may be two CPECs: one as envisioned by China as part of its foreign economic policy, and the other that has manifested within Pakistan’s complex internal politics. As each CPEC makes promises that the other has to fulfill or refute, and as these visions continue to diverge, both sides may increasingly find fault with one another across a range of issues.

The State of CPEC

CPEC has been attracting increasing levels of scrutiny domestically in Pakistan, where journalists and lawmakers are increasingly questioning its opacity, pace of completion, and benefits to ordinary Pakistanis. Shortly after the two countries agreed to CPEC during Xi Jinping’s high-profile visit to Pakistan in April of 2015, Pakistani prime minister Nawaz Sharif stated that all CPEC infrastructure projects should be complete by the end of 2017. As of October of 2016, only two of 17 “early harvest” projects are complete, with ten more scheduled for completion in the next five years.

Furthermore, Punjab is widely seen as the major winner in CPEC, and politicians in Pakistan’s less-favored provinces have questioned the merits of the project. The Chief Minister of the northwest province of Khyber Pakhtunkhwa threatened serious action if CPEC does not benefit the region, while Pakistan’s former ambassador to the United Nations has publicly argued that the southeastern province of Sindh will receive a share of CPEC’s bill but not of its benefits. One senator even called it the “China-Punjab Economic Corridor.”

Beijing also seems to be frustrated with CPEC. The security situation in Balochistan, Pakistan’s southwest province, has been steadily worsening since CPEC was announced. Attacks have taken place against both Pakistanis and Chinese working on CPEC projects. The day before the port inauguration, a bomb went off at a local shrine, killing 52 people and wounding over 100 more. After the incident, China’s Global Times voiced concerns about the Pakistani government’s handling of Balochistan, noting that another attack in August that killed 95 people may have been aimed at CPEC.

Additionally, Chinese officials have found themselves in the uncomfortable position of defending CPEC to an increasingly skeptical host population. One periodical has joked that a single Chinese diplomat, Lijian Zhao, has done a better job of explaining CPEC to Pakistanis than the Pakistani government. Overall, China’s ability to influence perceptions within Pakistan is limited, while it remains on the hook for delivering successful projects.

Both China and Pakistan have incentives to make CPEC work, but the hard part is implementation. There are many aspects of CPEC worth examining, such as the project’s intersection with the long-troubled Kashmir region, but the saga of the Gwadar port in Balochistan illustrates the larger problem while also highlighting a unique set of challenges to the partnership. 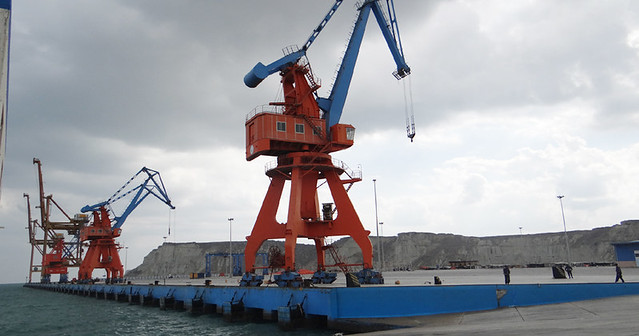 Gwadar Port first surfaced as a centerpiece of China-Pakistan economic and infrastructure cooperation in May of 2001, during Prime Minister Zhu Rongji’s trip to Pakistan. The Gwadar project consisted of development of the eponymous port, the construction of the Mekran Coastal Highway to serve the port, the Kachchi canal, an industrial zone, and a host of other related smaller projects. Pakistan’s then-leader, General Pervez Musharraf, boasted that Gwadar would bring economic development to Balochistan and be completed in three years.

Gwadar appeared to advance both countries’ interests. For Pakistan, the port offered a chance to pacify its restive province of Balochistan through economic development while also establishing valuable maritime real estate in the neighborhood of the Strait of Hormuz. For China, preferential access to the Gwadar port would grant not only economic concessions and provide new markets for Chinese goods, but also bolster China’s efforts to develop its own tumultuous province of Xinjiang. The overall case for the port was compelling enough both at inception in 2001 and after the project was revisited in 2007-2009 that strategists from India to the United States wrote about Gwadar as a “game-changer.” 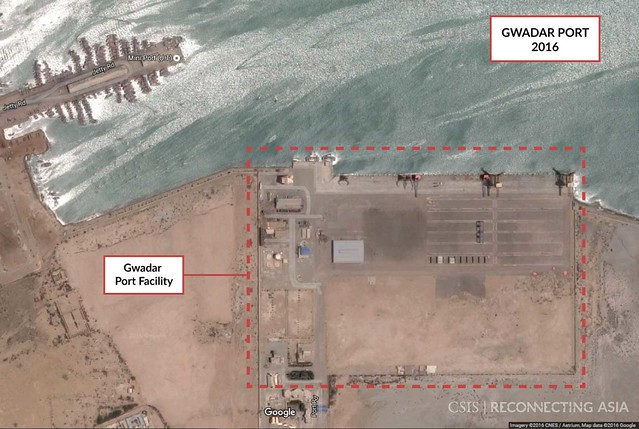 Perceptions of the project have since changed. In September, the Pakistani Senate special committee on CPEC bestowed upon the port the far-less-illustrious title of “non-starter.” The committee’s report also called the economic logic of Gwadar Port itself into question. The Port of Karachi, Pakistan's busiest by far, is poised to bring six additional deep water berths online, and a six-lane motorway along the eastern CPEC route is expected to be completed ahead of schedule. Meanwhile, fifteen years after Zhu Rongji’s visit, the western route highway and deep water berths at Gwadar remain nowhere near complete. The report concludes that traffic from China and inland Pakistan will naturally flow through the eastern route and out through Karachi.

Security in Balochistan continues to be a concern. Since 2014, over 44 Pakistanis have been killed and over 100 wounded working on CPEC projects, with attacks trending upwards. Earlier this year, a Chinese engineer and his driver were injured in a bombing for which an anti-CPEC Baloch group took credit. A separate group also claimed credit for an attack that may have killed two Chinese engineers. There have been a number of attacks since late September, when the Tianfu, a Chinese ship, arrived in Gwadar with construction materials for the Chinese-controlled commercial area called the “Free Zone.” Chinese authorities have expressed concern that Pakistan’s 100,000-strong security force will not be enough if CPEC does not also work to incorporate local communities. 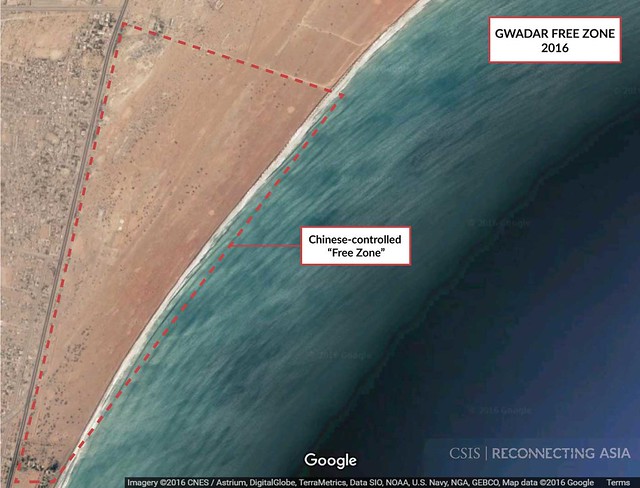 Whether finishing the project in the near future remains a priority for either side remains to be seen. Earlier this year, Dr. Zhao Baige from the Foreign Affairs Committee of China’s National People’s Congress said that “dreams and plans remain myths unless you take pragmatic steps to translate them into realities and it is true with the CPEC.” The public attention CPEC has received over the past year may provide an impetus, but as of November 2016, Gwadar remains largely incomplete.

Of course, CPEC may overcome these obstacles and succeed. Apple’s OS X was a ten-year-long vaporware journey, during which the company tried and abandoned several operating systems before reconciling with Steve Jobs in 1996. CPEC might also require a reconciliation of visions. If trucks continue to make the journey across Pakistan to ships in Gwadar for economic rather than political reasons, this could be cause for hope. Moreover, if Pakistan and China make more economic opportunities available to locals in Balochistan and Gilgit-Baltistan, the security and business climates could improve and the political rationale for CPEC could grow stronger.

Ultimately, a “successful” CPEC will require not only a definition of success, but one on which both sides can agree. Otherwise, CPEC may end up crumbling under its own weight.

Daniel G. Sofio is a research associate with the Scholl Chair in International Business at CSIS